A 12th century Norman church dedicated to St Martin, Bishop of Tours in France. It is adjacent to a Celtic ‘barrow’ which could have been the final resting place of a Cambrian prince.

The Church is built of local sandstone and was a Chapel of Ease to the Parish of Baschurch. It remained so until 1911 when it became an independent parish, largely through the efforts of Alfred E W Darby of Adcote. The hamlet of Little Ness is a close community and the church echoes that.

St Martin’s was built on a mound in the 12th century as a chapel to Baschurch. It consists of a nave and chancel within one roof, with a bellcote at the west end. The circular font is Norman, as is the south doorway and there are some patterned mediaeval tiles in the chancel. There are war memorial windows to two men killed in World War I, Leonard Arthur (killed 1914), and Lieutenant Maurice Darby (killed at Battle of Neuve Chapelle 1915). The latter is buried in the churchyard, one of a few Englishmen killed at the Western Front whose bodies were repatriated. 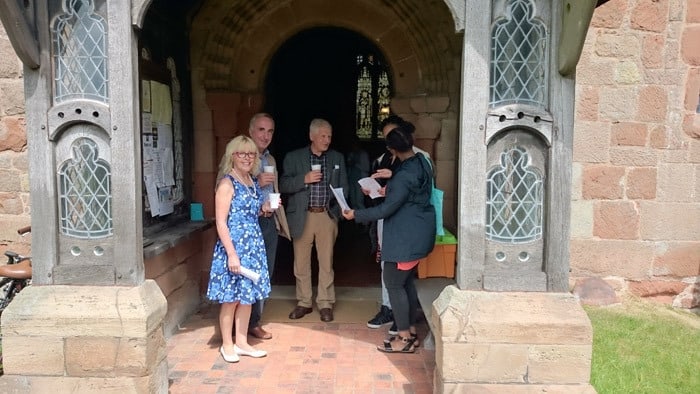 Bible verse of the day

If you remain in me and my words remain in you, ask whatever you wish, and it will be done for you.
John 15:7
DailyVerses.net